When Bob and Joan Pratt moved into a beautiful light-filled apartment at Nellie Melba Retirement Village their only regret was they didn’t do it sooner.

“I’d tell people to come straight away, especially if they are getting up over 75,” Joan said.

The couple, who are both 85, spent the past 10 years looking at retirement living options, but nothing made them want to move from their home of 57 years - until they visited Nellie Melba.

“Bob wasn’t initially keen to come, but he loves it now,” Joan said.

Having lived in Vermont for nearly 60 years, Bob felt it was “the centre of the world”.

“I knew everything and everybody and my bowling club was there, I thought it was the centre of the world we’d lived there for so long,” he said.

But, nearly 15 months after moving to the Wheelers Hill village, the Pratts feel the centre of their world has grown.

“When we came and had a look and I saw they had a bowling green I thought ‘gee, that’s a draw,” Bob laughed.

“We know everybody here; we’ve got dozens of friends.

“Through bowls I got to know people, and when other people move in Joan gets them organised to go to village events like Happy Hour and Fine Dining.

“We like so much about the place because you’ve got the swimming pool, a gym, you can play pool, there’s a library and picture theatre, there’s really everything here.” 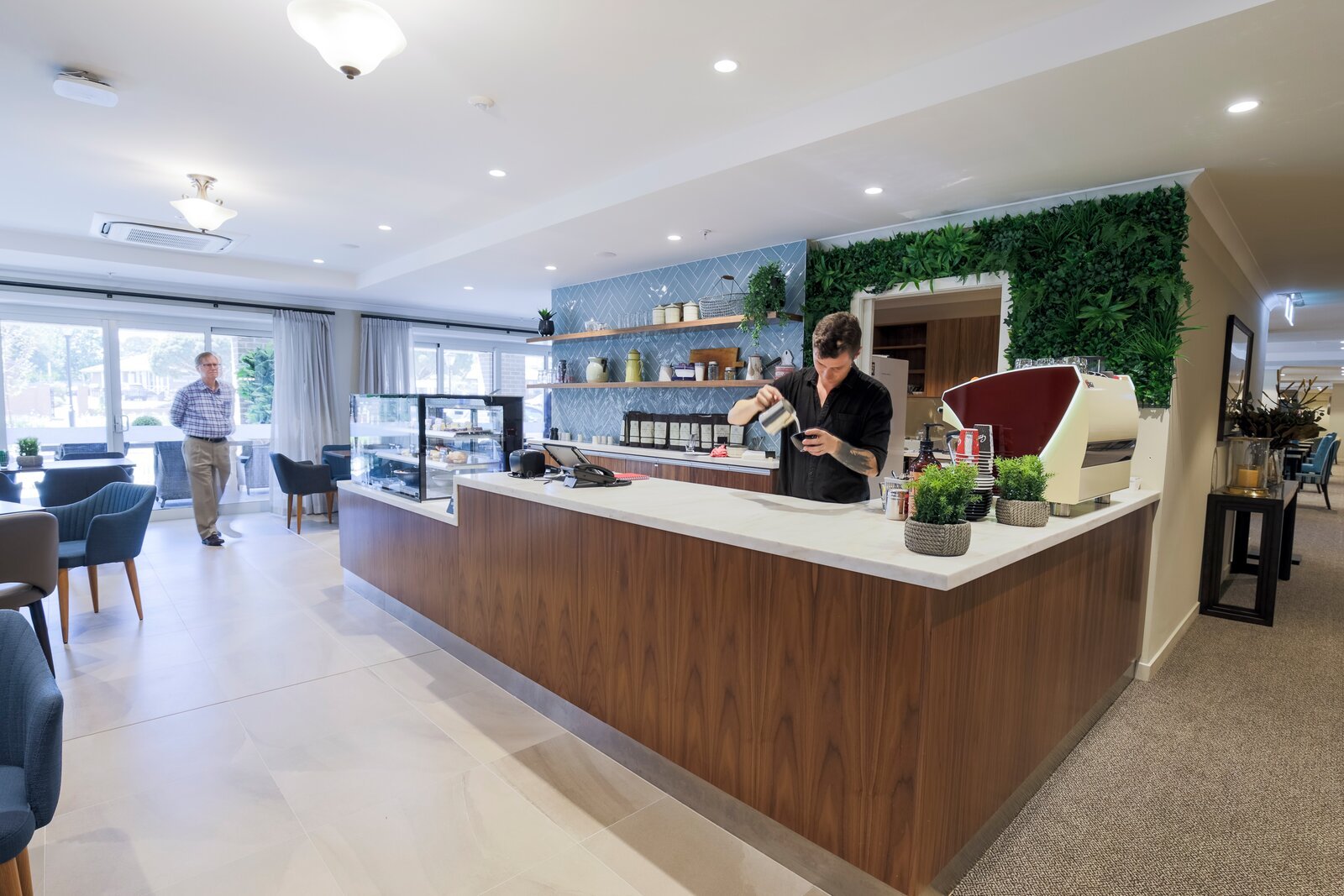 The village's cafe is a popular meeting spot for residents, family and friends.

Having played tennis for 45 years, but hung up her racquet some years ago, Joan is enjoying the village’s recreation room.

“I’d played with the children a bit, but nothing like I do now.”

Their new home has also got the tick of approval from the couple's three daughters who visited the village when their parents were considering the move.

“Our eldest daughter walked in and said, ‘this will do me’,” Joan said.

Sitting in their spacious living area which boasts large windows looking out onto established gum trees, the couple feel secure and happy in their new home.

“You think you’re moving to a new place and it might have some problems, but everything’s been really good.”

Ryman’s peace of mind guarantees, including the deferred management fee, which is capped at 20 per cent, are a big part of this.

“Bob and I feel like we’ve organised everything,” Joan said.

“There is not a thing to worry about here.”

Margaret and Mary Seenan are sisters who have generally led life together.