When Janine Wilde accepted her award for Salesperson of the Year at the National Retirement Living Awards, she used the opportunity to talk about one of her passions: Ryman Healthcare.

“When I was presented with the award, I was very emotional and it felt quite surreal,” Janine said.


“I felt honoured and privileged to be accepting the award for doing a job I feel blessed to be able to do every day.”

“I can never go past Kevin Hickman for his vision and passion to create retirement living based on the philosophy that it’s got to be ‘good enough for mum or dad’,” she said.

“I really hope I can meet him in person one day.”

Janine’s retirement industry win comes after she was named Ryman Healthcare’s ‘Sales Advisor of the Year’ at the 2021 Ryman Awards.

Since starting at Ryman more than two years ago, Janine’s love of her job has contributed to unprecedented demand for villas at Deborah Cheetham Retirement Village.

As a result, the village is set to expand, with a further 66 villas to be built on a 2.35ha block of land next to the existing village. 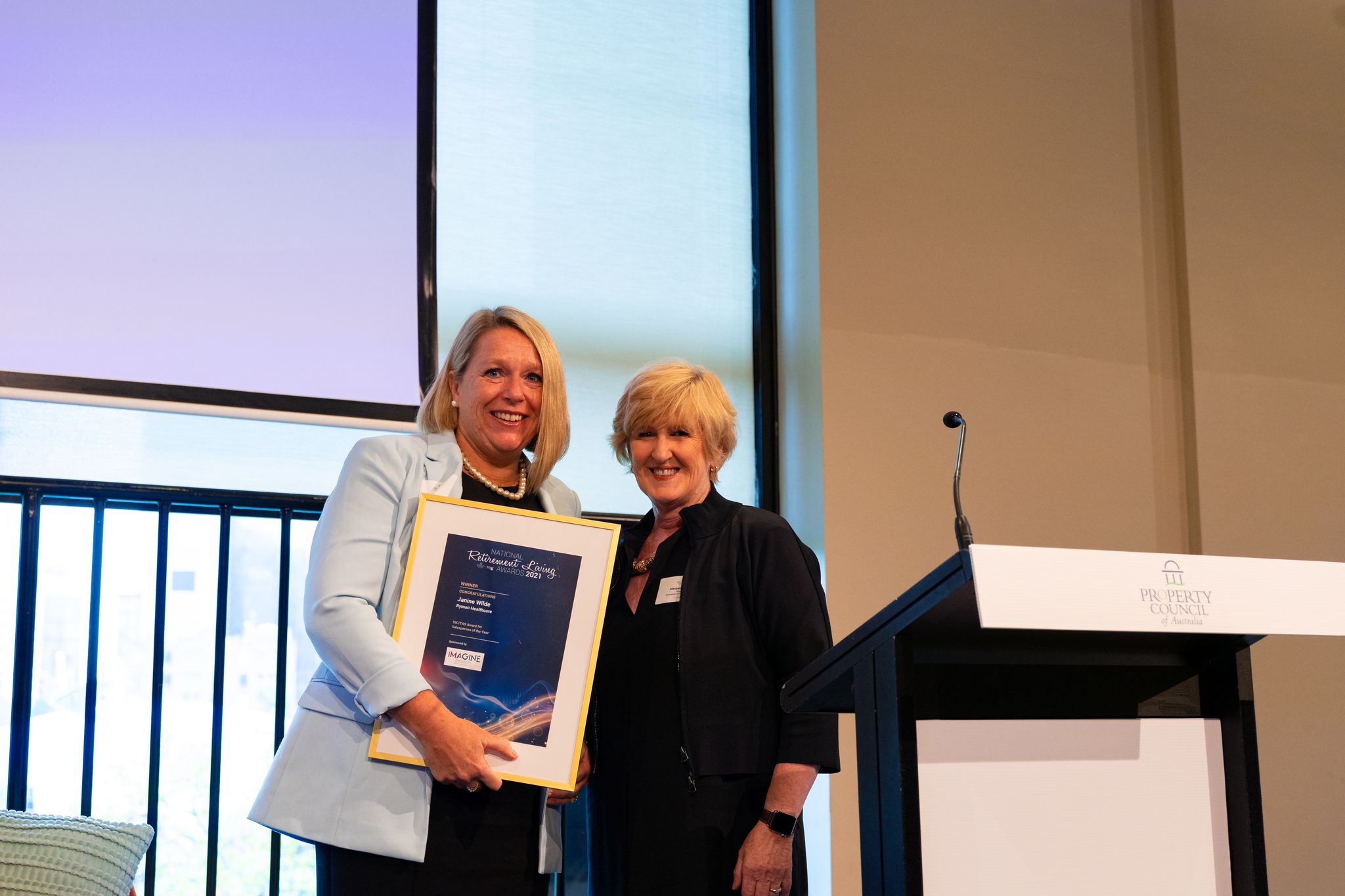 “Janine’s passion for her job shines through in everything she does, and it really is so much more than a job for her - it is about supporting people during what can be one of the most challenging times in their lives,” she said.

“I am thrilled Janine continues to be recognised for her talent.”

Janine is now a finalist in the National Salesperson of the Year Award category of the National Retirement Living Awards.

The winner will be announced at a gala dinner on the Gold Coast during the National Retirement Living Summit in June.

While the recognition was humbling, Janine said the award would not change her approach to the role.

“I will continue to do whatever it takes to support those considering a move to Ryman,” she said.

“I truly believe Ryman is the best retirement living option in Australia.”