Residents from Ryman Healthcare’s Nellie Melba Retirement Village have been treated to an operatic experience like no other during Australia’s first virtual reality (VR) opera trial.

With doors to theatres across Melbourne closed, and a cloud of uncertainty caused by COVID-19 still hanging over much of the industry, eight village residents, including Australian opera icon Nance Grant, and residents living with dementia, attended the exclusive trial.

“The village bears the name of Australia’s most famous opera icon, and there’s a mountain of research showing that music can have a hugely positive impact on people living with dementia, so this was a fantastic opportunity,” she said.

“Music can connect them to people and places in their past, stir emotions and memories, and just generally improve their wellbeing.” 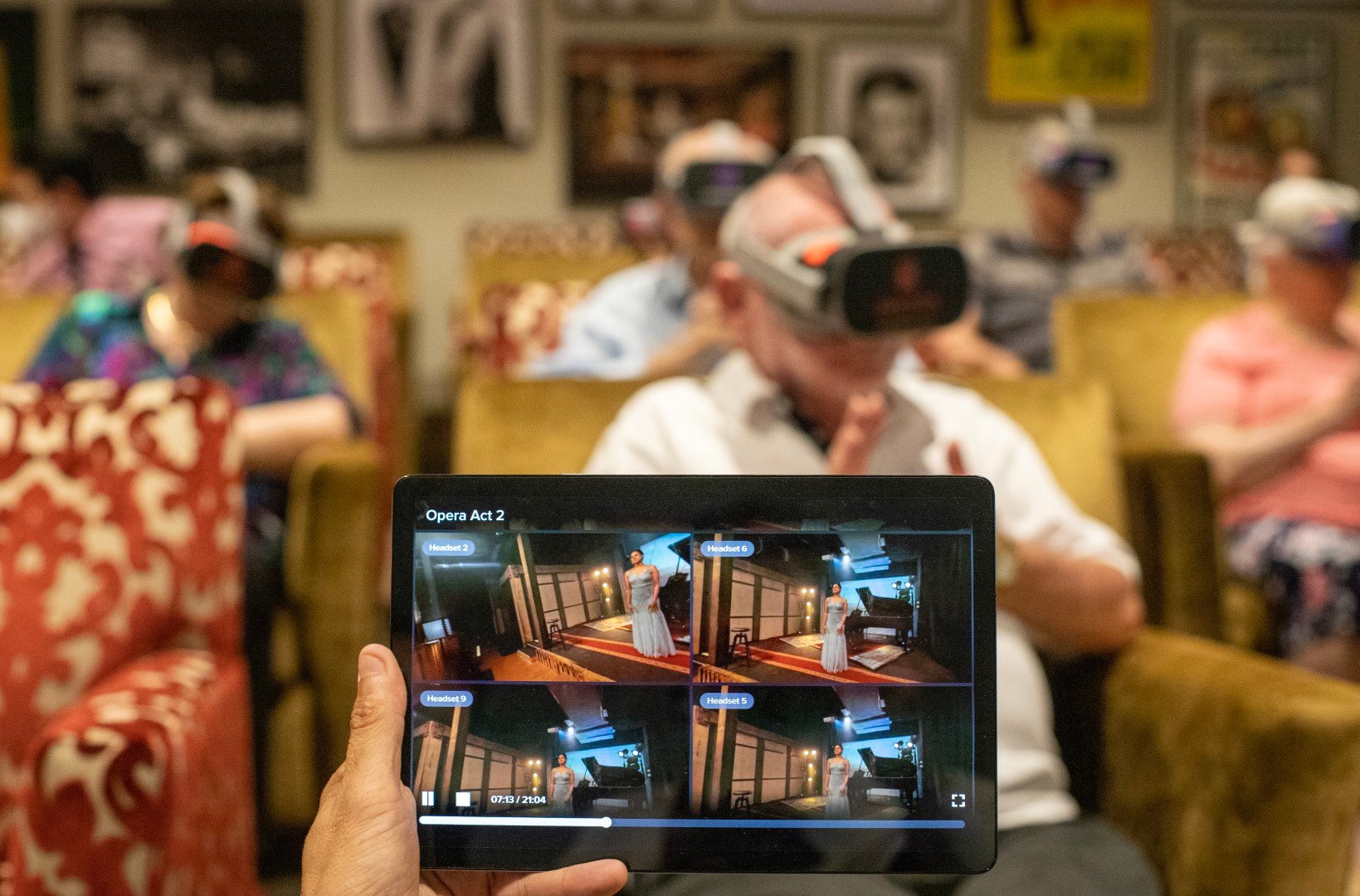 A view of the VR opera trial enjoyed by Nellie Melba village residents.

Within minutes of residents donning their headsets for the recital, starring Melba Opera Trust alumni Stacey Alleaume, Nathan Lay, Michael Petruccelli and pianist Amir Farid starting, the profound benefits were obvious for all to see.

Residents living with dementia gently moved their bodies in time to the music, while a round of applause followed each rousing aria.

Exclamations of “this is fantastic” and laughter and humming gently broke the drama of Don Giovanni. But perhaps the greatest testament to the pilot’s success was the number of residents who watched it multiple times. 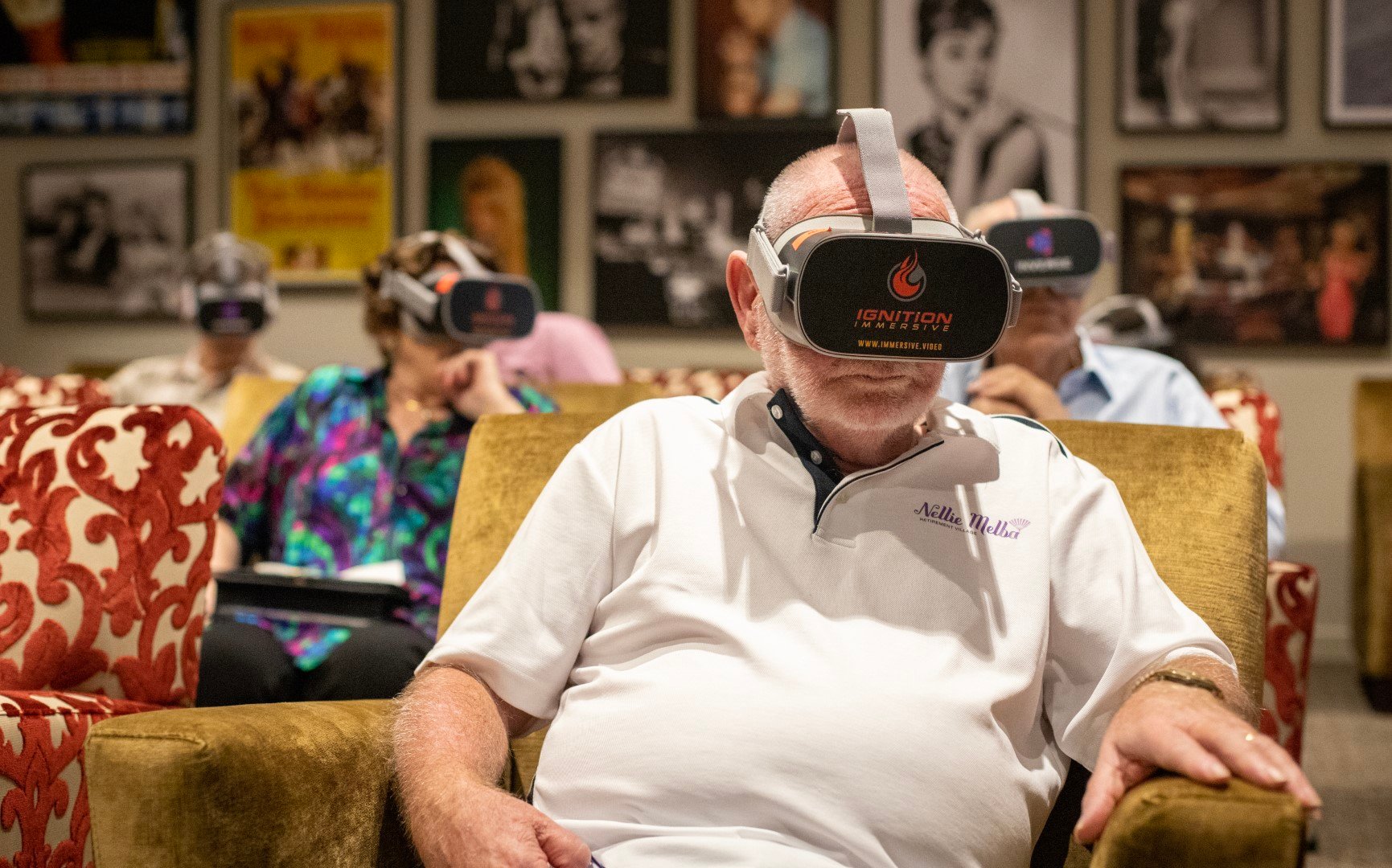 The fully immersive Inverse VR technology transported residents, including Bob Barclay, to a night at the opera.

Some, so moved by the experience, became teary as they recalled memories of past operatic experiences.

ABC News reports on the trial.

Soprano star Nance Grant said the experience was “fantastic in every way”.

“People attending operas now are all getting into the older age group and somehow or other we’ve got to get younger people to be opera goers too,” she said.

“This was fantastic in every way and I think this technology would be the ideal thing for engaging younger audiences.” 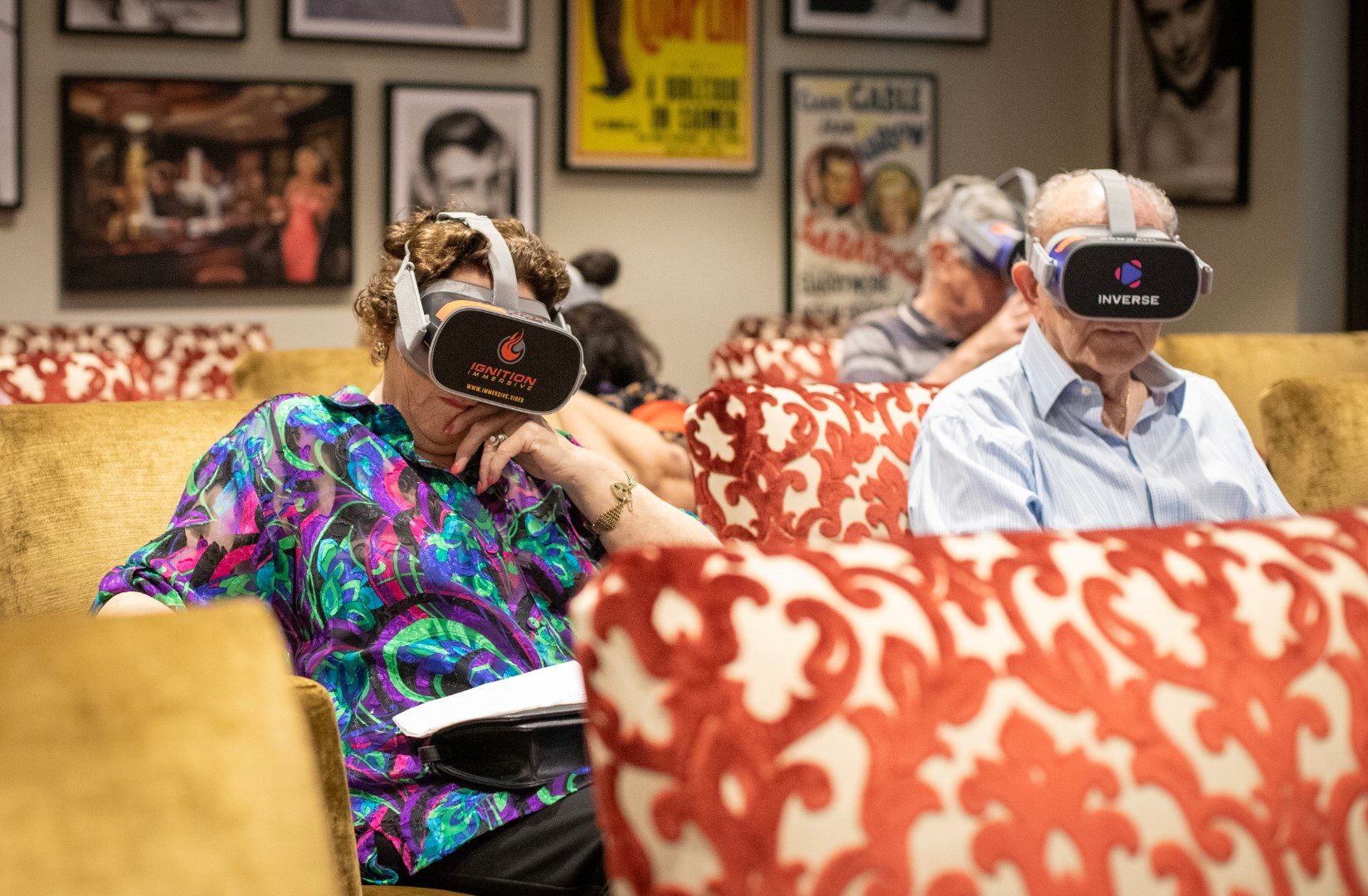 Inverse founder Darren Vukasinovic said the trial could not have gone any better.

“The mental and emotional healing power of music is widely known, and live music has an even more profound impact on one’s feelings of health, happiness and wellbeing and that was clearly evident today," he said.

Melba Opera Trust CEO Amy Black said the experience had been hugely beneficial not only for Nellie Melba village residents, but for the artists too.

“The artistry and sound were of course superb, and after the challenging year we have all endured, it was inspiring to feel as though we were once again in a room with a live performance,” she said.