When Glen Waverley’s top cop immediately thought of bereaved Victoria police families rather than reveling in his 2021 Station Commander win it came as a surprise to no one.

However, rather than planning a well-deserved break to a white-sand beach, Snr Const Hayhurst did what he always does, and thought of others.

When Ryman Healthcare learnt of Snr Const Hayhurst’s selfless decision the company matched the donation resulting in $1000 of travel vouchers being donated to Police Legacy, a charity that supports Victoria Police families that have suffered the loss of a loved one.

“Thank you to Aron and Ryman, I’m just speechless.”

“To me it just shows the type of policeman that you are and the way that you think of others and serve your community.

“Through tragedy comes some good.”

Glen Waverley Station Commander Senior Sergeant Greg Dean APM said each month sergeants at the station voted for the member they believed best displayed leadership qualities with the overall winner decided by who got the most votes over the year.

“I must admit it didn't surprise me when Mr Hayhurst came to me and said ‘what do you think about me donating my travel voucher to a charity?’ because that kind of action is the very reason why he won the award,” Snr Sgt Dean said. 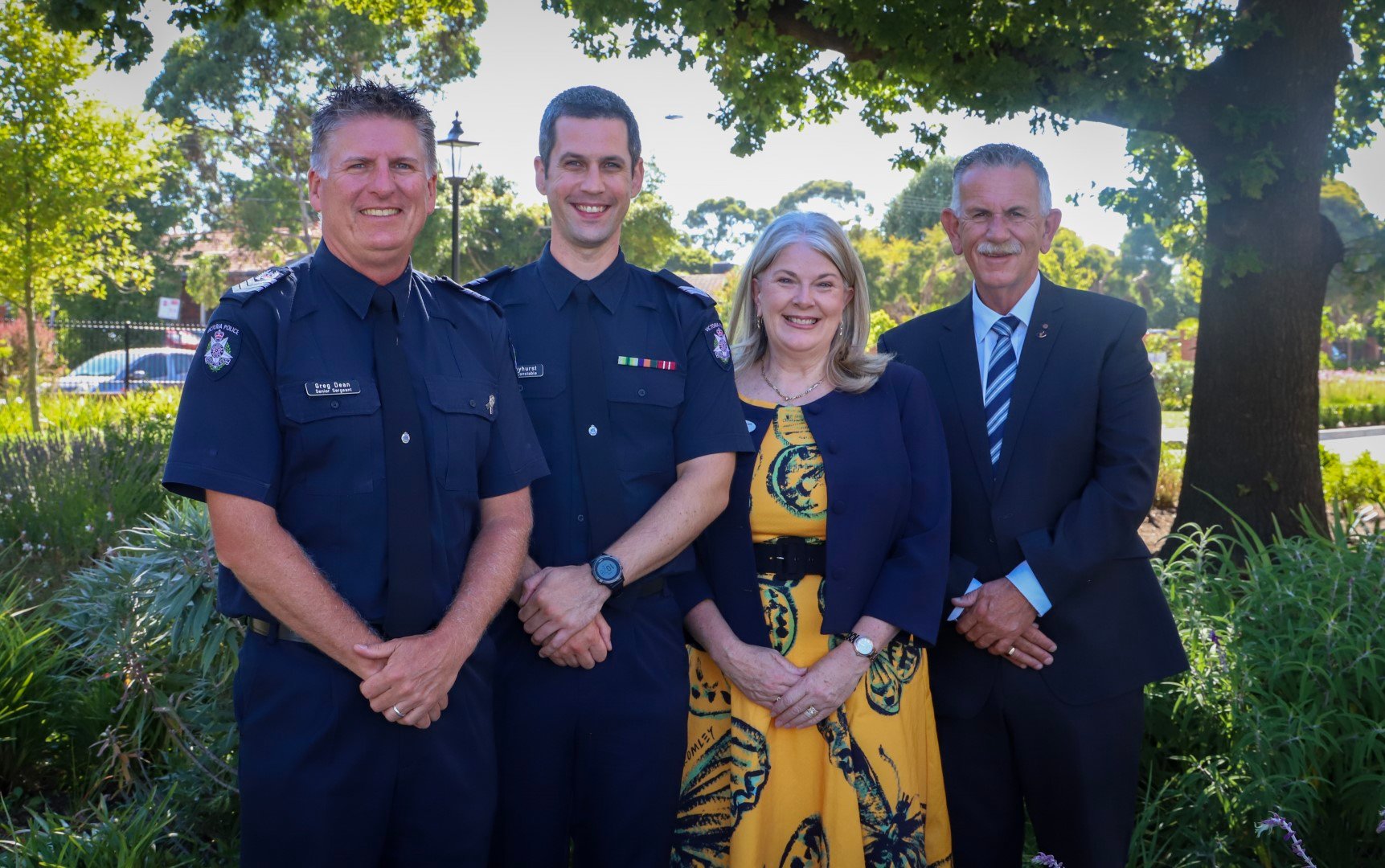 “Aron, I am delighted you are being acknowledged for the hard work you put in each and every day,” Debra said.

Debra said Police Legacy was a charity that was close to the hearts of everyone at Ryman, particularly following the 2020 Eastern Freeway incident in which four police officers lost their lives.

“The incident was the week of Anzac Day, and our residents at Weary Dunlop and Nellie Melba decided to take the wreaths that they had ordered for Anzac Day and go and lay them on the steps of the Police Academy in honor and remembrance of those officers and their service.”

Aron said much of his success was due to the ‘unwavering support’ from the team at the station.

“The station is under the leadership of Inspector Paul Robotham and Snr Sgt Greg Dean and since arriving at the station four years ago they have provided unwavering support to both me and other members at the station.”

While he was humbled by the award, it was not expected.

“We don't often get recognised as members a lot and we certainly don't seek that recognition but when we do get it, it is welcomed,” he said.

“I’m a modest person and my main aim is just to work hard, and I get a lot of pride and enjoyment from my work.”

Ryman Healthcare sponsors the Glen Waverley Police Member of the Year Award as part of a broader partnership between the two organisations. 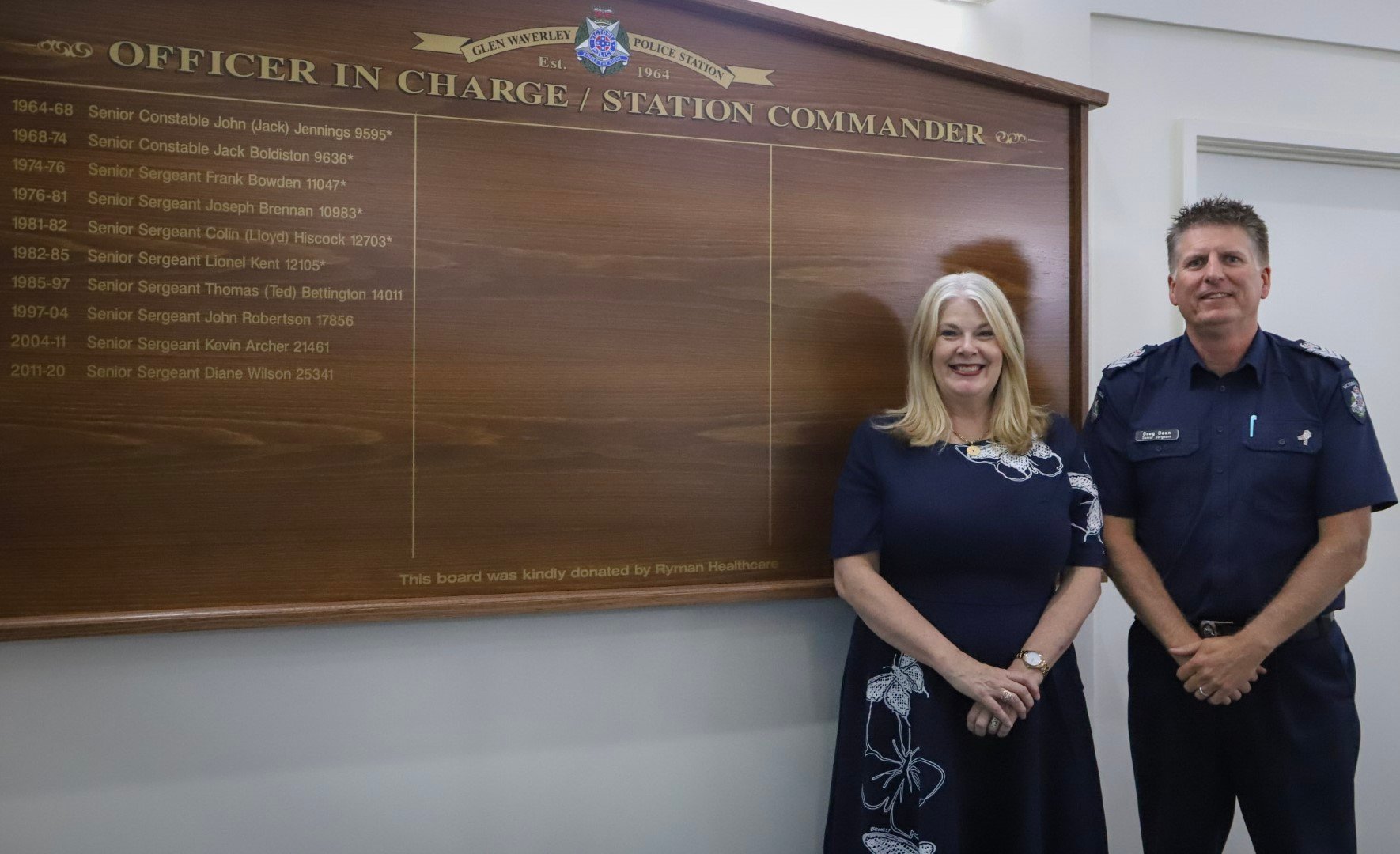 Debra Richardson and Snr Sgt Greg Dean with an honour board sponsored by Ryman.

As part of the partnership Ryman Healthcare sponsored honour boards at the station acknowledging all past and present Glen Waverley station commanders.