The show is going on despite COVID-19 for Ryman Healthcare Opera Scholarship recipient Sam Piper.

In 2019 Sam received the inaugural scholarship while studying at the Melba Opera Trust.

Ryman’s Brandon Park village is named after iconic opera singer Nellie Melba. The company’s sponsorship of the scholarship is a way to honour her legacy.

In March Sam and his partner Xenia Puskarz Thomas - also a Melba Opera Trust alumna - were living in Treviso, Italy when the Veneto region was devastated by Coronavirus.

“It was one of the hardest hit areas and went into total lock down,” the baritone said.

Sam was forced to put a project preparing major operatic roles with a teacher near Venice on hold, and he and Xenia have temporarily returned to Brisbane.

But the rising stars, and four other graduates of the Queensland Conservatorium, are not about to fall silent.

“We are a company of emerging/early professionals that are in the same boat as a lot of people in the arts at the moment,” Sam said.

While performing his role as Guglielmo via Zoom was not as nerve inducing as performing at Kirribilli House or Hawthorne Town Hall, it is not without challenges, he said.

“Some of the simplest challenges have been technical ones – making sure your battery is charged on your filming device and phone, making sure the internet is going to work for the entirety of the session.

“Another challenge is in the acting side of things.

“It can sometimes be a bit hard to maintain an intense loving stare or a smile when instead of seeing your colleague you’re looking at a blank wall,” Sam laughed.

Each week the project members hold a meeting to discuss the musical aspects of the upcoming scene, parts are then recorded and merged to create an ensemble.

When the tracks are complete a three hour Zoom call is held during which the scene is directed and recorded.

“Everyone has got someone that helps them and occasionally you will see that person’s hand coming for a handshake or a clinking of a wine glass.”

Sam said since arriving in Australia in mid-April and spending two weeks self-isolating in a Gold Coast hotel, he was focusing on the positives.

“My professional engagements have gone from varied and exciting to nothing.

“I was looking forward to my first engagement in Italy, performing at the Monteverdi Festival in Cremona, which has been tentatively postponed to September.

“So now I’m using this time to study roles, continue to study Italian, and research interesting opportunities for the future.” 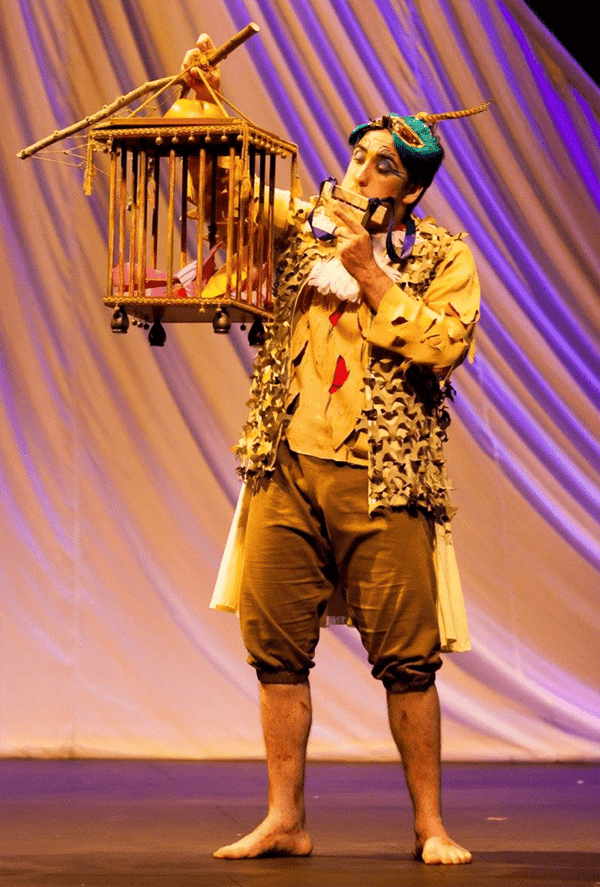 When Sam was forced to return to Australia, the Brisbane City Council and Arts Queensland agreed to extend funding for his project in Italy, where he hopes to return in November.

Until then, Quarantine Così is the perfect project to stay connected to fellow performers and lovers of opera.

“It has been an immensely rewarding project to be part of,” he said.

“We are developing our skills and connecting with audiences during a time when live theatre is impossible.

"Our goal is to bring the joy of opera to you during this time of lock down and social isolation.

Sam asked people "to consider sharing this project with your community, friends, and family so we can spread our videos to as many people as possible".

To donate to the Quarantine Così artists click here