A mammoth trans-Tasman bear making mission is underway for the children of Ukraine.

The Ryman Healthcare Yuri Bear project aims to make 20,000 knitted teddy bears for some of the 5 million children displaced since the country was invaded by Russia.

Every resident at Ryman’s 45 villages and the company’s offices in Melbourne and Christchurch has been challenged to contribute a bear.

Ryman’s Victorian Sales and Community Relations manager Debra Richardson said the project was a tangible way Ryman residents, team members and the wider community could make a small difference to the lives of the youngest members of the war-torn country.

“Being so far away it can be difficult to know how we can help,” Debra said.

“Thousands of Ryman village residents are avid knitters, and this project empowers them to use a skill that they are experts at to send a symbol of love from afar.”

The project is a labour of love for Debra, whose former foster son Yuri remains in Ukraine. 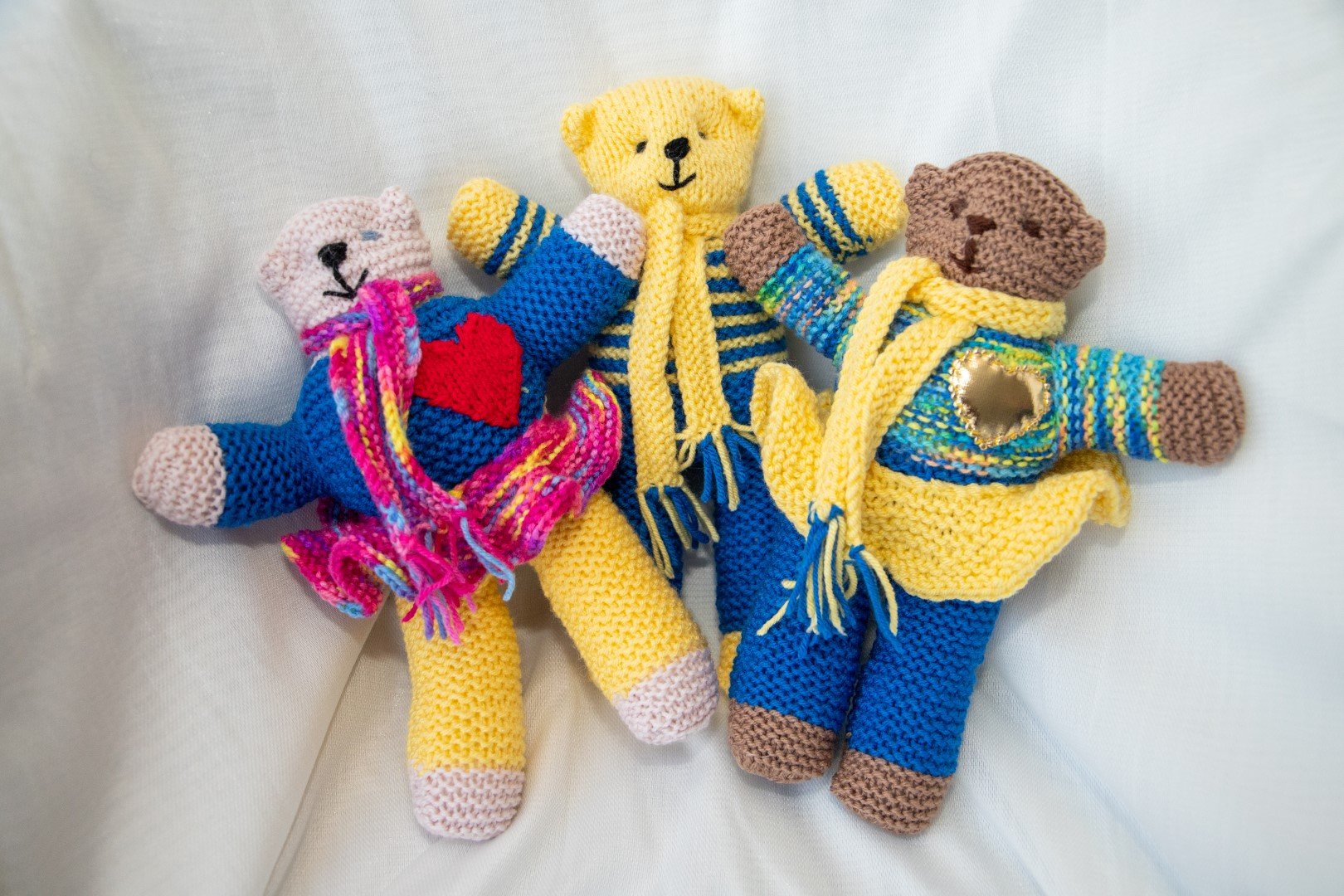 Debra and her family fostered Yuri in Melbourne following the Chernobyl nuclear disaster in the 1980s.

“He has made the decision to stay and fight for his country and his family have been evacuated to safety,” Debra said.

“The project emerged from my discussions with Yuri about how we could provide support from Australia and New Zealand.

“When I first shared the idea with Yuri he said: ‘Ukraine is stronger with your help, empathy, and love. A million thanks to the millions of people who care’.”

An army of clever crafters is creating teddies for Ukrainian children - and an extraordinary yarn has inspired the project. @_StephAnderson #9News pic.twitter.com/1suKqSAuDt

While Debra’s contact with Yuri has become sporadic as the war rages on and concern grows that his messages could be monitored, the Yuri Bear project is giving Debra a sense of connection to the man she cared for as a child.

“It is easy to feel totally helpless to what is going on, but small gestures like a handmade bear for a child who has lost almost everything can make a meaningful difference,” she said.

From now until September needles will be clicking across both countries, with speedy knitters already sparking a healthy dose of trans-Tasman competition.

The public is also being encouraged to get involved in the project, and public Yuri bear drop off points have been placed at all Ryman villages.

To find out more, or to get involved, click here.