The John Flynn construction site team, led by Iain, overcame the challenges of six COVID-19 lockdowns to take out Construction Site of the Year at the 2021 Ryman Awards.

“Without everyone working together we wouldn’t have been able to achieve it.”

In addition to the Ryman Awards win, the John Flynn construction team has achieved much in the past year, including welcoming the first residents to the village on December 23, 2020.

“The first week I joined Ryman we went into lockdown and there have been numerous lockdowns since,” Iain said.

“At stages we had to scale down to a 25 per cent workforce and then close for two weeks.

“But during that time, we have had residents here, and I know they enjoy keeping an eye on the progress and we enjoy seeing them living in what we’ve created.”

Iain’s team has more interaction with residents than some village construction sites, with access to completed stages of the village gained by driving through the middle of the site. 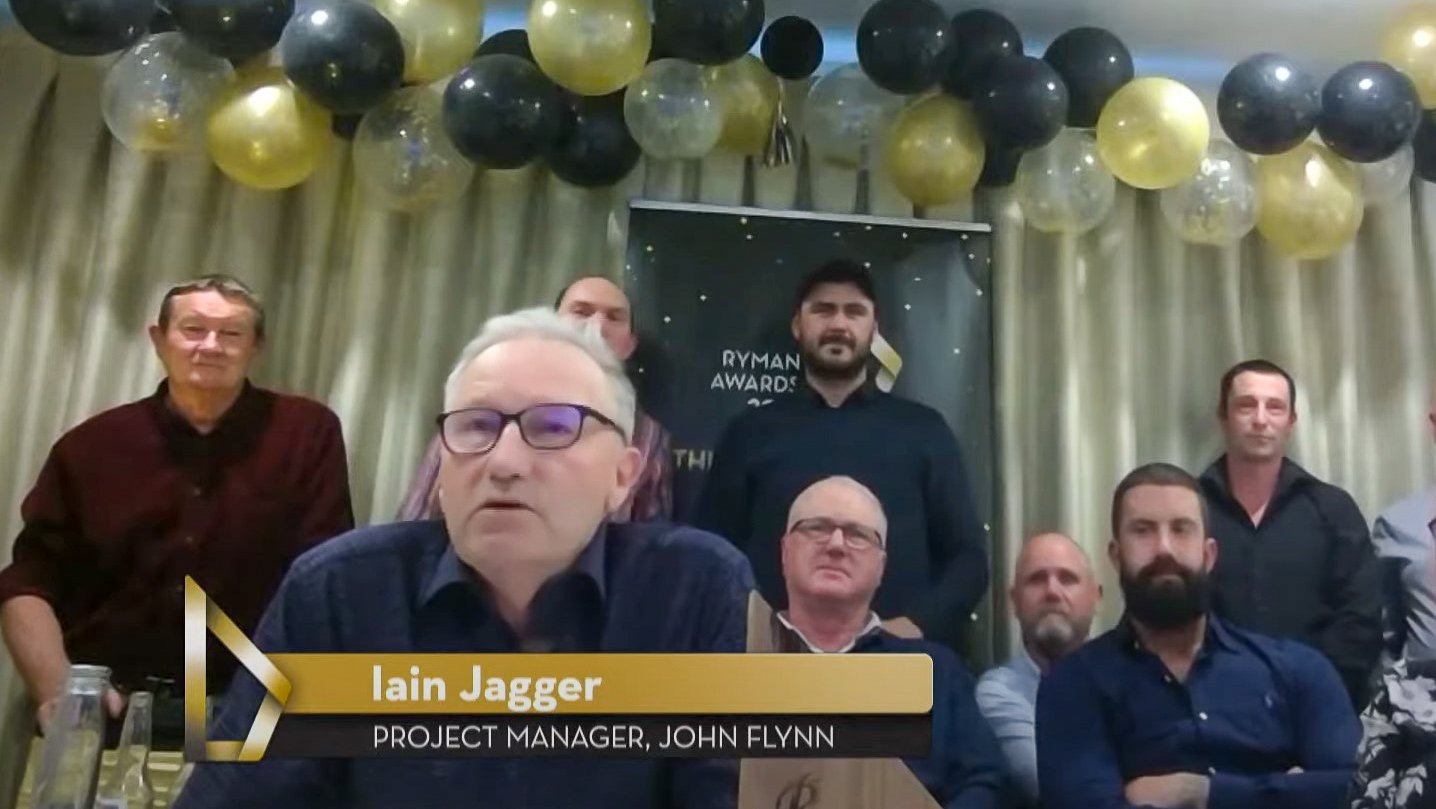 Iain Jagger (front) watches the awards with members of his team.

“I have nine fulltime traffic managers ensuring everyone is kept safe, which means some great relationships have been formed between our team and residents as they chat about how things are going,” Iain said.

In a recent independent audit of John Flynn residents, the construction team received a 10/10 satisfaction score.

Ryman’s culture of “huge support” was a key factor in the success of the John Flynn construction team.

“We are without any doubt much more people orientated than most building companies,” Iain said.

“You work for companies and they all have morals and ethics that they preach, but in a lot of cases they don’t walk the talk, but at Ryman they certainly do.

“There is no doubt about it, there is huge support.”

The John Flynn construction team celebrated the win by gathering to watch the awards together with Ryman Australia CEO Cameron Holland and village manager Roslyn Prentice.