Rod Goodes – Back in the saddle

Rod was 16 when his competitive cycling career kicked off. It was 1946 and he joined the Box Hill Professional Cycling Club.

“One of the other club riders was Brandon Dew. Due to a cycling accident with a car, he had lost one arm at the shoulder.” Rod says it was pure determination that enabled Brandon to return to racing with one arm and his courage was inspiring. “Whenever things got tough in a race, I used to – and I still do – think of Brandon.”

Rod’s mate Ken Woollard, who would go on to become a world champion cyclist, was also a member at Box Hill. “We’d always cycled together. We even rode to Sydney for our holidays which took us four days.” Cycling can be a lonely sport with hours of solo training, but Rod sparks up when he describes the sense of community among riders. He’s also a fan of the individual responsibility that comes with competitive cycling. “The freedom, exercise, and challenge of your performance being entirely up to you makes it worth it.”

"We didn’t have special bikes for the track back then, we simply removed the brakes and the gears from our bikes and added a fixed rear wheel.”

Persevering the peaks and troughs 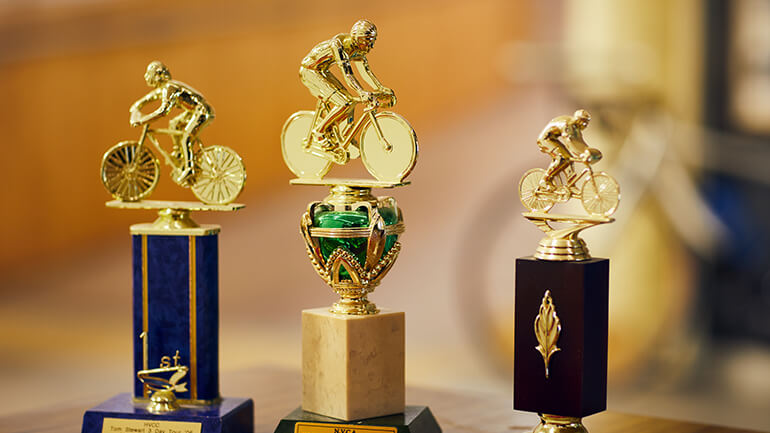 At 91, Rod is returning to competitive cycling. The training and determination required haven’t changed. But the equipment certainly has. “We didn’t have special bikes for the track back then, we simply removed the brakes and the gears from our bikes and added a fixed rear wheel.” Rod has always preferred the road to the track and that’s where he’s had most of his success. He won the 80km Box Hill Traders road race twice. “The last win I had was also ridden by Alec Whamond who started behind me off the scratch mark. He didn’t catch me but set the fastest time for the 80km, a record that stands today.”

Rod also rode the iconic 320km Melbourne to Lakes Entrance race twice. “That was the longest one-day race in the world but sadly is no longer raced.” Which felt like a stroll in the park compared to his experience in the Midland Tour. “That was the toughest race I entered. It went through the hills around Blackwood and Trentham, starting and finishing in Melbourne. The Friday before the race it had snowed in Blackwood and the road was covered. We were riding in the car tracks and it was slippery and miserable, then to make matters worse I punctured and had to change a tyre. It wasn’t a successful day for me!”

Then Rod was forced to retire from cycling. He injured his hip “right after my last Melbourne to Warrnambool Classic” and the doctor said he would have to stop riding to let it heal. “It would be a long process, so what now? Well, my mother said that if I couldn’t ride, I should learn the gentle art of ballroom dancing. Crikey!” It was through dance that Rod learnt “I have two left feet” and met the love of his life, his instructor and competitive dancer Anne. It was Anne who suggested that Rod return to cycling after 27 years out of the saddle. “It was my mate Ken who convinced me. He’d just won the World Road Cycling Championship in Austria. So, I joined the Eastern Cycling Club and started racing again.”

Making up for lost time 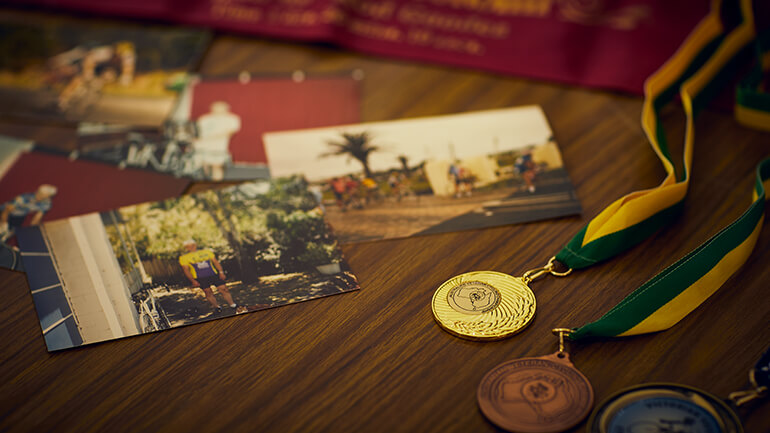 Back on the bike, Rod went on to win several championships. In 2017 he was the Australian Veterans Cycling Council Champion, aged 87. “I focused on longer training rides of 80-90km two to three times a week combined with shorter, sharper rides including sprints. But rest days were important to keep the body and legs fresh. I won 1st place in the criterium and 2nd place in the road race, but I didn’t contest the time trial as I wanted to stay fresh for the criterium – which paid off!”

Then all racing ceased in Victoria due to the pandemic. “During which I reversed over my racing bike, completely destroying it.” Having heard about Rod’s bike, one of his club mates dropped by with a spare bike. “He said, ‘start training’. What else could I do with mates like that?”

Driven by his love of cycling and a healthy dose of competitiveness, Rod is uniquely equipped to hop back in the saddle aged 91. His cycling career featured many bumps in the road and demanded long hours of solo training, but Rod never ceased to look on the bright side.

Even at the toughest events, he was surrounded by mates having a yarn and trading banter while enjoying the freedom of riding a bike in beautiful scenery. It’s fair to say that perseverance and positivity are Rod’s strong suits. “It has been great fun!”

Rod embraces every day with enthusiasm and commitment. Which must be what makes Ryman’s John Flynn Village the perfect fit for him. We’re pioneering retirement living for a new generation. A generation of driven, passionate people like Rod.